Do you start your mornings off with a cup of coffee to kickstart your day? If you do, you might not think too much about the main component in coffee – caffeine – and how it can affect your body, especially if you’re expecting a baby.

HOW MUCH CAFFEINE IS TOO MUCH?

As you might know, caffeine is a natural stimulant found in tea, coffee, and cacao plants. It works by stimulating the brain and central nervous system, helping you stay alert by blocking adenosine from reaching your cells. [1][2]

Healthy individuals that aren’t pregnant are recommended to keep caffeine consumption below 400 milligrams (ml) per day. That’s equivalent to about four cups of brewed coffee. [3] Going over this recommended daily limit may cause side effects such as headaches, anxiety, trouble sleeping, and irritability. If you’re pregnant however, this recommendation comes all the way down to no more than 200 milligrams of caffeine per day.

Most experts recommend a limit of no more than 200 milligrams of caffeine per day as it can have adversely negative effects on your baby if it’s exceeded. This is because when consumed, caffeine is metabolized much more slowly for pregnant women, and it crosses the placenta to your baby. Although you might be able to handle such doses of caffeine when consumed, your developing baby doesn’t have the enzymes needed in order to metabolize caffeine. [4]

Despite the recommended limit being set at 200 milligrams per day for a pregnant woman, any amount of caffeine can cause changes in your baby’s sleeping pattern or normal movement pattern in the later stages of pregnancy as caffeine is a stimulant that can keep both of you awake.

There have been a number of studies done on how caffeine can affect pregnancy. A study conducted by the National Institute of Health found that pregnant women who consumed the caffeine equivalent of as little as half a cup of coffee a day on an average had slightly smaller babies than pregnant women who did not consume caffeinated beverages. Because of this, babies that are born smaller than normal are at a higher risk of developing conditions such as obesity, diabetes, and heart disease later in life. [5][6] 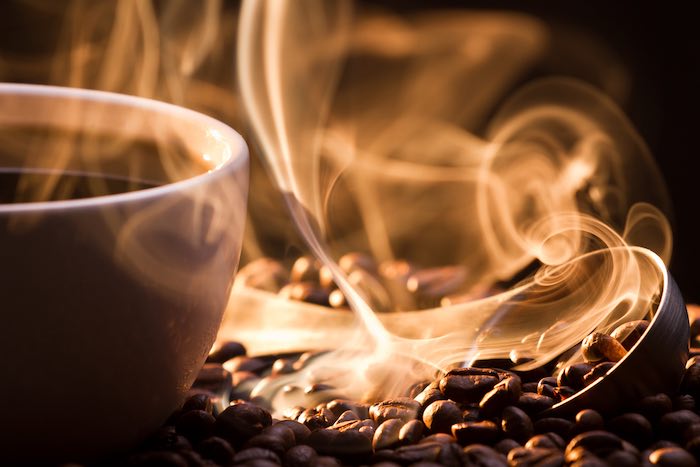 SHOULD I COMPLETELY AVOID CAFFEINE?

If you have concerns about caffeine affecting you and your developing baby, you should most certainly stop consuming it – at least for the remainder of your pregnancy. There are a number of different things you can take to replace caffeinated beverages such as decaffeinated coffees or teas.

If it’s an energy boost you’re looking for, there are also several things you can take that can substitute caffeine such as maca, peppermint, and even certain types of oils. [7]

Keep in mind that if you do decide to drink a caffeinated beverage, be sure to keep your consumption to no more than 200 milligrams per day, as this limit does not appear to be a major contributing factor in miscarriage or premature birth.

[1] What Is Caffeine, and Is It Good or Bad for Health? (healthline.com)