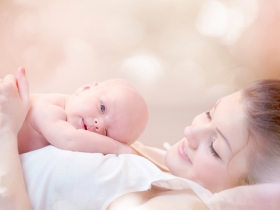 The best time to have a child – pros and cons

In the modern world, women have the opportunity to decide for themselves when to become a mother. At present, there is an increasingly strong trend to have children at a later age. While some people criticise this attitude, others see it as positive. What does it mean for a woman to be a mother in her twenties, thirties or forties, and what effect does this have on a child?

When planning motherhood, for many years Czech women have been copying the European trend, with the age of first-time mothers is constantly increasing. Today, it is not uncommon for women in their forties to give birth, even though in the 1990s the age of women at the birth of their first child was around 25 years. Currently, the average age of a woman expecting her first child is close to thirty. The question of when to have a child divides society into several camps.

Nowadays, women have a choice of what to do with their future, and each has different priorities. Many of them first want to enjoy life, get to know the world, travel, build a strong relationship and career, or ensure their future financial security. In this respect, a child is on a more distant horizon. What are the differences between pregnancy, childbirth and motherhood at different stages of life?

Doctors and gynaecologists, including reproductive experts in gynaecology and IVF, agree that the best age for women to conceive is under 25. At this age, the body is best prepared for the baby. A woman is physically strong and the body has a high regenerative capacity. When a woman is in her twenties there is also a lower risk of genetic or developmental defects in the child.

On the other hand, young women do not yet have enough experience, do not have financial security and are often students. Having a child is more demanding from a psychological point of view. These women have to decide whether a child comes first, or whether they should try to combine their current life with the upbringing of a child.

After the age of thirty, a woman's body is still ready and able to conceive, even if it comes with certain complications and risks. After the age of thirty, the number and quality of eggs decreases rapidly and the chances of conceiving are significantly reduced. There is also a higher risk of complications and abnormalities during pregnancy and childbirth. According to the Gynem Fertility Clinic, people in their thirties are the most frequent clients of reproduction clinics.

In contrast, women in their 30s have already gained experience in their lives. They enjoyed some freedom while at the same time having a stable job and background. This then provides first-time mothers with a support network, for example, in the event of longer convalescence after childbirth and greater fatigue when caring for a child than that experienced by women in their 20s.

Nowadays, forty-something mothers are no longer a rarity. However, when conceiving at this age, it is necessary to take into account the complications both during the attempt to conceive and during pregnancy and childbirth. Up to a third of pregnant women in their 40s have miscarriages, and the number of caesarean births is also increasing.

Unlike younger women, women in their forties are emotionally and mentally mature and have more insight. Pregnancy and motherhood are physically demanding for them, but they are mentally calmer.

Unable to conceive? The Gynem Clinic helps women of all ages with IVF.