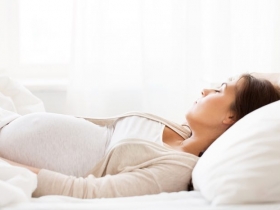 How to manage high-risk pregnancies.

Whether a woman becomes pregnant naturally or through artificial insemination at an assisted reproduction clinic, in some cases, despite all the doctors' care, pregnancies may be risky. There can be several factors that cause complications in pregnancy and endanger the foetus and mother. These are most often health problems, but stress or a bad lifestyle can also play a role. In many cases, gynaecologists will order measures only preventively, but in more serious cases, a bed regimen may be implemented at home or in hospital.

What are the causes of high-risk pregnancies

High-risk pregnancies mean that a pregnant woman or unborn child is to some extent at risk. It is mainly associated with possible complications that could occur during pregnancy. Thus, high-risk pregnancies do not mean that the woman or foetus is in immediate danger (in which case it is a pathological pregnancy), but signs have emerged that indicate possible complications. The gynaecologist must then decide, in individual cases, which special regime a woman should maintain in order to reduce as far as possible the risk of endangering the health not only of herself but also of the baby.

Failure to follow the regimen recommended by your doctor can lead to a number of complications. Probably the most common of these is miscarriage in the first trimester of pregnancy, because this is the period when the risk of miscarriage is highest. Another common problem is gestational diabetes, where the metabolism of sugars becomes temporarily impaired due to hormonal changes. There is also a risk of preeclampsia. This occurs mainly in first - time mothers in the third trimester, where high blood pressure may indicate a serious threat to both the mother and the foetus. It is also recommended not to enter into a high-risk pregnancy if the woman is at risk of a preterm birth, hypotrophy or developmental defects of the foetus. 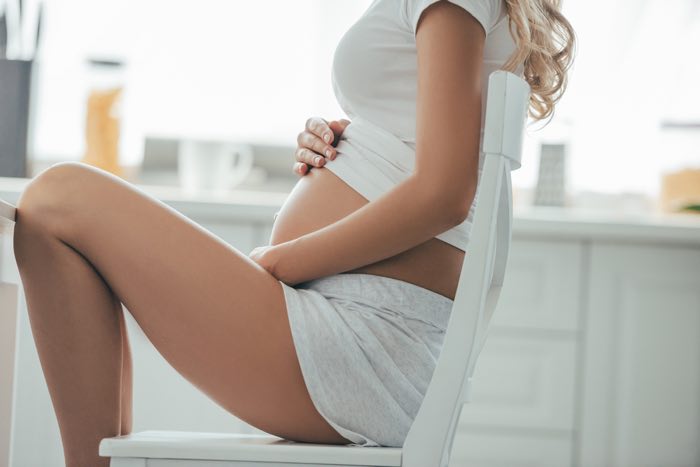 Medical condition of a pregnant woman

In order to rule out all possible risks, it is necessary to perform first-trimester screening and ongoing examinations during pregnancy. A painless urine, blood and ultrasound test can detect all possible future complications in time. However, the health condition of the woman before she became pregnant is also a deciding factor, which is why gynaecologists take a family and medical history. As a result, they can reveal the risks associated with previous diseases, such as diabetes, high blood pressure, neurological diseases or asthma. The fact whether a woman has had an abortion or a premature birth in any previous pregnancy also plays a role.

Mental state of a pregnant woman

Mental well-being and a good mental state play a very important role in pregnant women. In the first instance, a woman's mood and psyche are affected by hormonal changes that take place in her body, especially in the first trimester. Women experience feelings of irritability, anxiety and fear caused by hormones as well as fears about the unborn baby and its successful development. It is very important not to feed these feelings, not to think of the worst possible scenarios and try to think positively. The worst thing to do is to go through amateur blogs where there is no verified information. In this regard, a pregnant woman, especially one in a high-risk pregnancy, should have a partner and family around her, who can distract her and bring her to other thoughts.

It is for the above-mentioned reason that there should be no conflicts that have a negative effect on a woman's mental state. Conflicts with a partner, family or friends can be resolved in many ways. Job conflicts or sudden difficult life situations are much more complicated. The loss of a loved one, problems with housing or finances, loss of employment and other wounds of fate have an extremely negative effect on the mental state of a pregnant woman.

In addition to the physical and health condition of a pregnant woman, many other factors can affect the course of a pregnancy. Probably the most serious is the age of the woman. The most vulnerable group are older women expecting their first child. Although these women are less at risk of mental health problems because they are already secure and have had a well-planned child, pregnancy is a high risk for them. Conversely, young first - time mothers are physically fit and face fewer health complications, but worries about the future can have an adverse effect on their psyche. For all women, lifestyle plays a big role during pregnancy. High-risk pregnancies can be caused by alcohol, caffeine, drugs, smoking, malnutrition, lack of rest, or heavy physical activity.

What to do in a high-risk pregnancy?

Above all, a woman with a high-risk pregnancy should follow the instructions of a doctor who knows her health condition, the course of foetal development and possible risks, and recommend an individual management plan. In general, it is good to be physically and mentally calm and rest. A woman should avoid a heavy workload, demanding sports, carrying heavy objects and in some cases maintain strict bed rest. In the most severe cases, hospitalisation may occur. A high risk pregnancy is covered by the possibility of having a doctor write a certificate of temporary incapacity for work, which will allow the woman to fully care for herself and her future offspring.

This article is translated from Czech original to English language by Bobby Pacewicz.